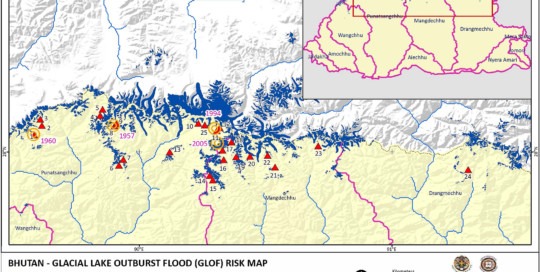 These maps were prepared as part of the Swiss Red Cross-funded Disaster Preparedness Pilot Project for the report 'Seismic Hazard, Vulnerability and Capacity Assessment'.  The [...] 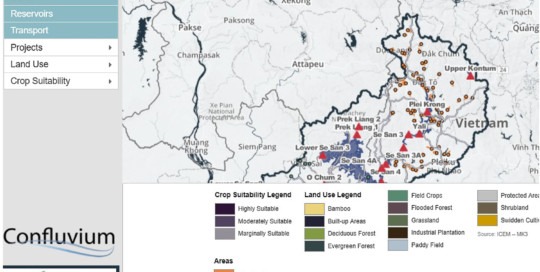 These maps were produced as part of a three-year research program, MK3: Optimising Cascades or Systems of Reservoirs in Small Catchments. The project took place [...] 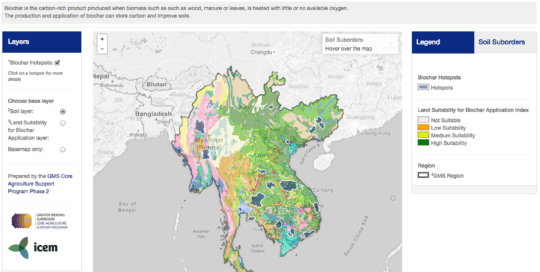 Interactive Map of Soils and Biochar Suitability in GMS

ICEM developed this interactive map of soil types and biochar suitability as part of the ADB-funded Biochar Assessment and Soil Mapping Study. The map allows users [...] 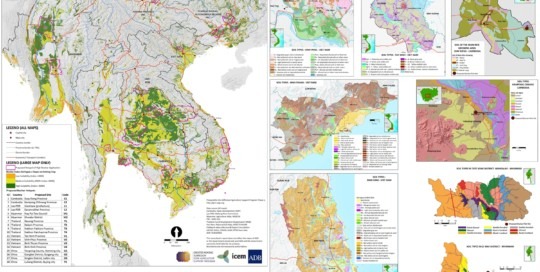 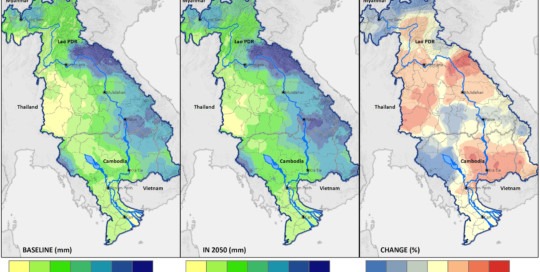 Much of ICEM's work on the Mekong ARCC project hinged on climate modelling and maps created by ICEM's GIS team. These maps covered temperature and [...] 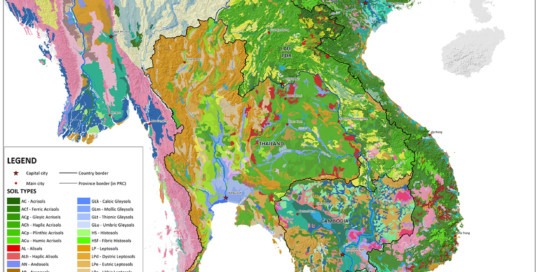 ICEM developed this comprehensive map of soil types in the Greater Mekong Subregion for the Biochar Assessment and Soil Mapping Study. Download the [...] 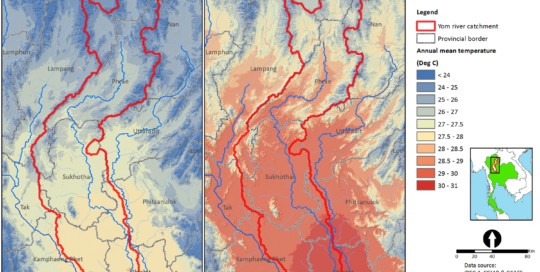 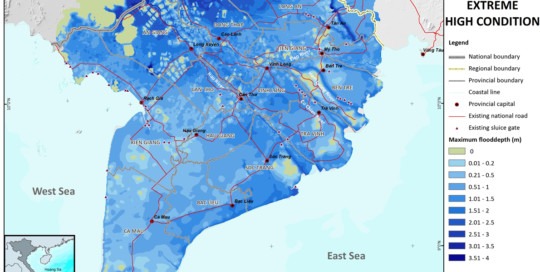 Delta Tools A0 and A3 Maps

ICEM developed a series of maps for the World Bank's DELTA Tools for the Mekong Delta project. The project covered climate change and its potential impacts on infrastructure in the Mekong Delta. As such, ICEM's maps focused on flooding, salinity, and erosion as well as socio-economic topics such as population density and land use. 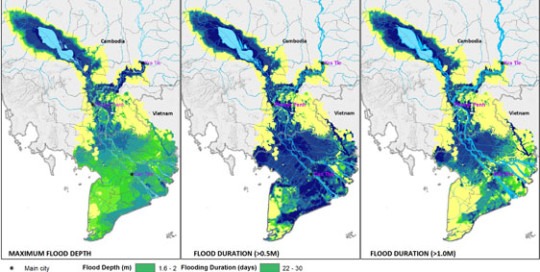 This series of three maps were developed as part of the USAID-funded Mekong Adaptation and Resilience to Climate Change project (Mekong ARCC) in 2012. These maps are intended as companion maps to the Mekong Delta average flood baseline 1985-2005 depth and duration maps - to show the changes projected to 2050 as a result of climate change. The maps show a marked increase in flood depth and duration to 2050 in the Mekong Delta.

This series of three maps were developed as part of the USAID-funded Mekong Adaptation and Resilience to Climate Change project (Mekong ARCC) in 2012. These maps are intended as companion maps to the Mekong Delta average flood climate change 2050 depth and duration maps also developed for the Mekong ARCC - showing the predicted changes as a result of climate change. 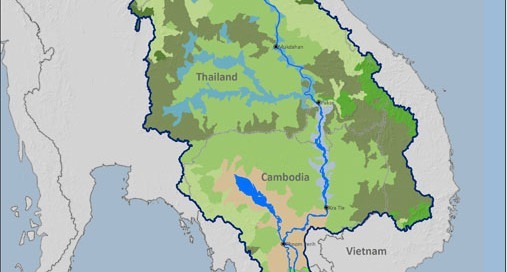 Ecozones in the Lower Mekong Basin

This map was developed as part of the USAID-funded Mekong Adaptation and Resilience to Climate Change project (Mekong ARCC) in 2012. The map shows 12 ecozones within the Lower Mekong Basin (LMB). The original ecozones were developed by World Wildlife Fund (WWF) in 2006. During the Mekong ARCC research phase, it was decided to work with the WWF original ecozone maps, and build on these to develop ecozone maps appropriate to the Mekong ARCC project requirements. 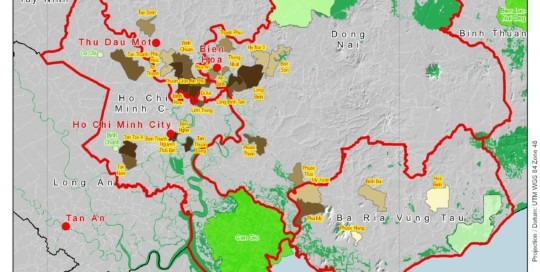 Communes with Highest Pollution Load identified from calculations of the Industrial Pollution Projection System (IPPS) are shown in conjunction with the location of remaining natural [...] 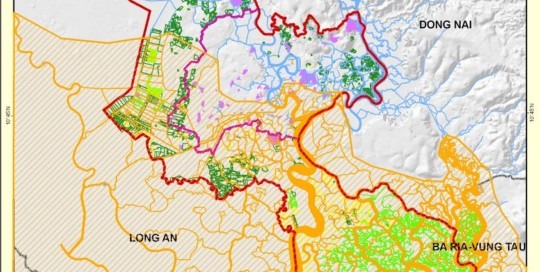 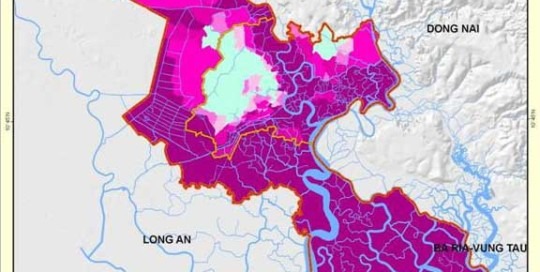 Existing and planned transport infrastructure in HCMC will be at risk from the effects of climate change. The HCMC study has shown that, in 2050, [...] 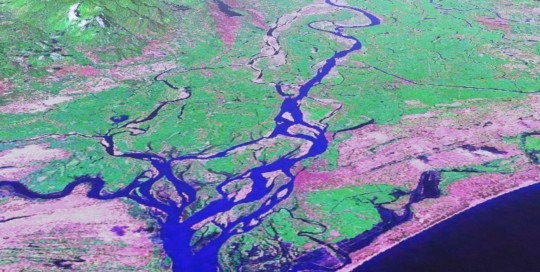 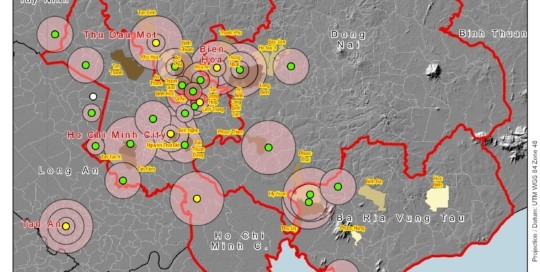 The map identifies the communes with the highest pollution load from manufacturing industry in the Southern Economic Focal Region. Enterprise statistics derived from the General [...] 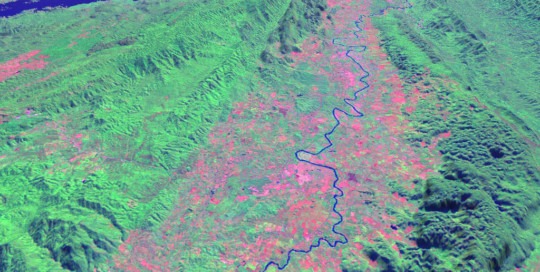 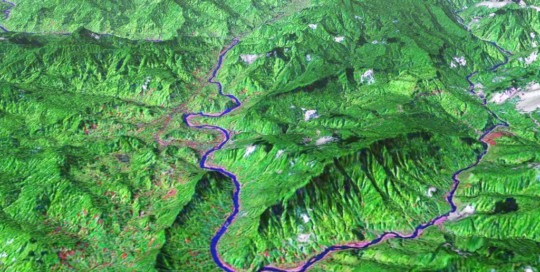 Bung River and Cai River join in the mountainous hinterlands of Quang Nam Province (view direction: East-West). The hilly terrain does not allow for large-scale [...] 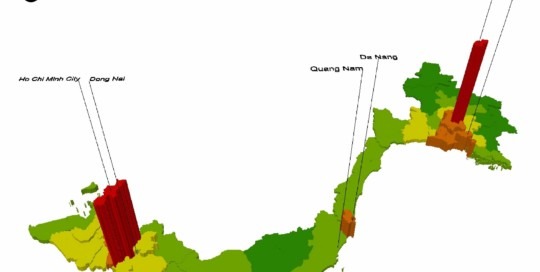 The pattern of population density in Viet Nam is clearly concentrated in the both major deltas of the country - the Red River Delta and [...] 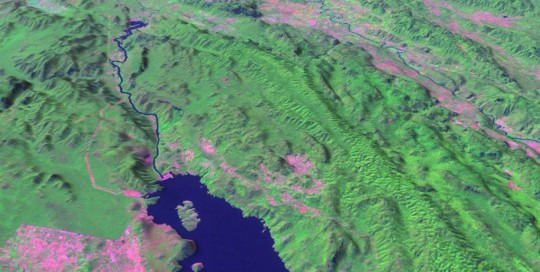 Srinagarind Hydropower Dam is situated between Salakpra Wildlife Sanctuary and Erawan National Park. While the displayed part is an unprotected area with a settlement to [...]